1.)  What not Why – One of my pet peeves is when someone answers a Why? Question with “because.”  Like that’s even an answer!  (or a complete sentence!)  There are so many great words in language and to just smugly say, “because” is irritating to me.  I was complaining about this to a colleague and she pointed out that I kept hearing the wrong answers because I was asking the wrong questions.

Asking someone “why” puts them in explanation mode, directly in the spotlight.  If you are feeling even a little insecure or emotional about this topic, it is far too easy to be defensive.  When that happens, you get answers such as: “because” (shudder) or “I just do” or “I dunno.”  If delivered incorrectly, the question “why” can also come across as judgmental or condescending.  With all of these aspects in mind, it is clear that, in conversation, the word “why” can actually serve to interfere with people expanding on their thoughts and feelings.

To engender these deeper conversations, I suggest using the word “what” instead of “why” in questions.  For example, if a kid tells me that their favorite movie is “Avengers,” I try to ask: “What do you like about it?”  Even if I get another “I dunno” to that answer, the further prompts are easier to reach: “Is it the acting?  The direction?  Robert Downey Jr.’s facial hair?”  We are closer to a conversation.   If I ask “Why?,” the kid (who might be already feeling defensive, insecure, or mistrustful today) is more likely to interpret that question as a challenge.  And challenges lead to either fight (“Because I just LIKE it, OK?!?!  GAWD!”) or flight (“I dunno, I don’t even like it, whatever.”)

Remember how I asked you to be curious above?  (Scroll up if you don’t believe me).  “What?” is a question that engenders curiosity.  As a question, “Why?” calls for explanation and defense.  “What?” is a question that invites the child to go deeper.   We might feel like “why?” is trying to get at that genuine curiosity, and I believe you when you tell me that is what you are trying to do.  I do!  I have met very few parents who are not well-intentioned and want to connect with their kids.  So try adding this strategy.  I think that you will see results.

The type of questions that we ask with “What” tend to elicit more response as well.  “What do you like about that?” opens up the curious part of your kid’s brain, the part that likes to problem-solve (and, frankly, to show off a little).  Think about ways to reframe comment “why?” questions as “What?” questions.  Here are some examples (use your own spin on the words).

“Why are you playing that video game?” “What’s this game?”

“Why are you being so mean to your brother?” “What is going on with you guys?”

“Why are you being so difficult today?” “What is so hard right about this?”

“Why did you do this?!!” “What was your thought process?”

(To further the example with an interaction that happened with my editor right after I finished this section.  She said, “Why did you put #6 in?”  I immediately felt my guard rise and my jaw set.  Then she caught herself and said, “Wait.  No.  What do you like about this section?”  I actually laughed and said, “See?!  It works!” and then went on to explain my rationale.  I actually do try to practice what I preach, so I felt compelled to share this story with you.)

2. ) Help to name emotions.  If you go back to the brain/nervous system information that I referenced in #4, you’ll notice that I talked about how to help manage our kids when they are so upset that their good “wizard brains” are offline.  In this step, we are going to practice how to help our kids get out of that “lizard brain” headspace and back towards functionality.  And, at the risk of sounding like a click-bait article, all it takes is One Weird Trick.  (groan). 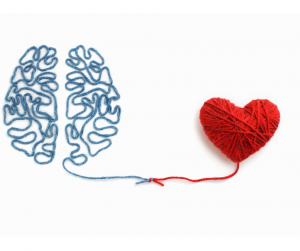 This hair-trigger system is super well-developed for keeping us alive and away from actual mortal danger.  The problem is that it cannot tell the difference between the emotions that arise for “There is a swarm of Murder Hornets chasing me!” and “I don’t like that I was picked last for softball.”  When emotion triggers the threat system, the sympathetic nervous system is going to “fight or flight” first and ask questions never. 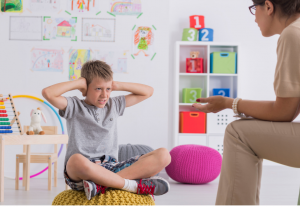 Regardless of the threat, the parasympathetic nervous system will engage on its own and ultimately return the body to homeostasis.  (For example, think about the last time that you were REALLY MAD.  How long did that last?  When you look back, I bet it wasn’t more than 10 minutes.  It is really hard for the body to remain THAT MAD for a long time.  It is exhausting to the system!).  Use that knowledge to release some of your anxiety around managing your kids’ emotions.  They will recover on their own, in time.  I promise.  Stop laughing!

We can help the process along, however, by activating the One Weird Trick.  The parasympathetic nervous system will engage when it knows (specifically, when it hears) the emotion that triggered the threat response.  It can’t hear it internally (though it doesn’t hurt).  It has to hear it spoken externally, so it can be processed.  What does this mean?  It means that we need to help our kids name their emotions.

When we name our emotions, our parasympathetic nervous system jumps in, activating a specific protocol for emotional re-regulation based on that feeling.  The neurobiology behind this process is fascinating, but this article is already long enough.  Suffice it to say, that naming feelings just became a major tool in your parenting/behavior management arsenal.  You can use it for your kids, your family, and even yourself.  When your loved ones see you modeling this behavior (and get to experience the positive benefits), they will have more buy-in and willingness to try it themselves.  Remember, no one WANTS to feel that upset/angry/afraid.  It is uncomfortable and exhausting for the system!  This technique will help empower your kids to get out of their own emotional way and return to what they were doing faster.

As an example of the power of this technique, I was working with a client once who was having a really rough day.  He had ended up in my office and he was distraught: screaming, crying, cursing, and even flipping chairs.  I watched him for a while, letting some of that “fight or flight” energy dissipate, then I casually mentioned that he looked really upset.  “WELL DUH!!!” he screamed back at me.  “Duh, what?”  I responded, keeping my cool.  “I’m PISSED OFF!” he screamed.  OK, so I had tripped the return to normalcy switch.  Now, the effects don’t happen right away (it certainly didn’t in this kid), but within a minute I could see him start to regain control.  He looked around and really saw me for the first time since he had come into my room.  I looked it him and he looked at me.  I said, “OK, so you’re pissed off, eh?  Let’s talk about it.”  And we did.  And he got back to class way sooner than I would have guessed. 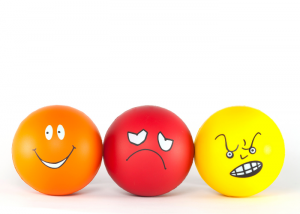 Trust me on this one, folks.  It works.

3.)  Use the SCOOPER Instruction Technique – No, this is not another summer job for your kids.  The SCOOPER technique is an acronym for how to give instructions to increase your chances of getting the tasks you need accomplished done.

C – Clear instructions (know what you want BEFORE you give directions)

O – One more time (have your kid repeat the direction)

O – On time (set a time limit, sooner the better)

Think about the last time that you tried to get your kids to do something.  It didn’t go well, right?  Lots of yelling back and forth.  (“What?  What?  What!?!”). Lots of negotiating.  Lots of “Well, you didn’t SAY to do it THAT way!” etc.  These interactions are so demoralizing, frustrating, and set up negative interaction feedback loops between you and your kids.  All because you needed the garbage taken outside.

The SCOOPER method of giving instruction is a framework to use to increase the chances of your interactions going well.  It requires more work from the parent up-front, but I am confident that you will find that the results are worth it and, since they happen faster, you end up spending less time on the task anyway.  The SCOOPER method is based on best practices designed to effectively work with kids with Executive Functioning deficits.  We know that gifted kids tend to have a relatively weaker Pre-Frontal Cortex anyway, without even addressing concerns of ADHD or Autism from twice-exceptionality, so the techniques here easily generalize.

A few notes, without belaboring the individual points.  The most important aspect of the SCOOPER method is how you start the interaction: have a plan before you start the conversation.  What do you want done, when does it need to be done by, and what does the kid need to do it?  Have those ideas in mind before you venture into your basement and interrupt the “super important” raid in Overwatch.  That way you can deliver the task and the parameters clearly and concisely without inviting debate or negotiation.  The rules of engagement are set and you are empowered by this technique to set (and hold!) them.

Think about the exact nature of the task as well.   Gifted kids LOVE to argue, and they are good at it.  They will also find loopholes in your argument if you let them engage with your content in that way.  Instead, leave a clear path of what exactly needs to be done.  Instead of “clean your room,” you can delineate that the 1) clothes must be folded and put away in the drawers, 2) garbage taken outside to the cans, 3) laundry put in the hamper, 4) dishes taken to the kitchen and put in the dishwasher, and 5) all standing fires extinguished.   It is much harder to argue with those points, as you have given endpoints for all tasks.  You’re much more likely to run into trouble when you give the “clean the room” instruction and come back two hours later to find that your kid has either lazily put three shirts in a pile and stopped working (me as a kid) or done some small task so they can say, “What?  It’s clean.”  (um, also me as a kid; sorry mom and dad).

And, lastly, let’s talk rewards!  Please try not to fall into the trap of “they should just DO these things.”  You are about to find out in the next section how I feel about the word “should.”  It is OK to need some motivation to do things that aren’t fun.  Remember, chores aren’t fun.  Your kids have things that they would much rather do (just as you had things you would have much rather done with your free time when you were a kid).  Work with your kids to make at least the endpoint exciting.  I’m not saying that every time your kids take out the recycling, they get a pony.  (Though if that’s your thing, more power to you.  And also, um, can I come live at your house?). But an extra 15 minutes of screen time?  A preferred dessert?  A dollar?  A genuine “thank you?”  Whatever rewards fit your family’s values will motivate you and your kids towards better behavior.